Wayne Schoolfield is a leading owner and developer of commercial real estate in Central Florida. In the late 1960’s he relocated to Central Florida where he taught business for several years before finding his true calling in the field of real estate development. In the decades since, Mr. Schoolfield has built dozens of subdivisions and mobile home communities, built a successful billboard company, and developed numerous shopping centers, office buildings, warehouse facilities, strip centers, and medical office parks.

His first real estate investment deal in 1967 entailed the purchase of a single mobile home lot for $600 (a transaction which encompassed all of his financial abilities at the time) and he has since expanded his holdings to an excess of 1.5 million square feet of commercial real estate, numerous acres of vacant land tracts, and many ground leased properties.  Over the past fifty years, Mr. Schoolfield has been involved with thousands of real estate transactions and has cemented himself as a leader within the Central Florida market. He and the company he founded have been the recipients of numerous awards including being named as one of the Orlando Business Journal’s Top 100 Privately Held Companies, one of the area’s Largest Family Owned Businesses, and the Largest Commercial Real Estate Brokerage Firm.

An extensive international traveler, Mr. Schoolfield has visited in excess of 125 countries.  He and his wife, Dianne, share a passion for exploring off beaten destinations and cultures.

PAST AND PRESENT COMMUNITY INVOLVEMENT: 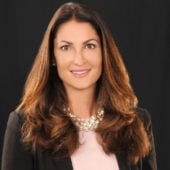