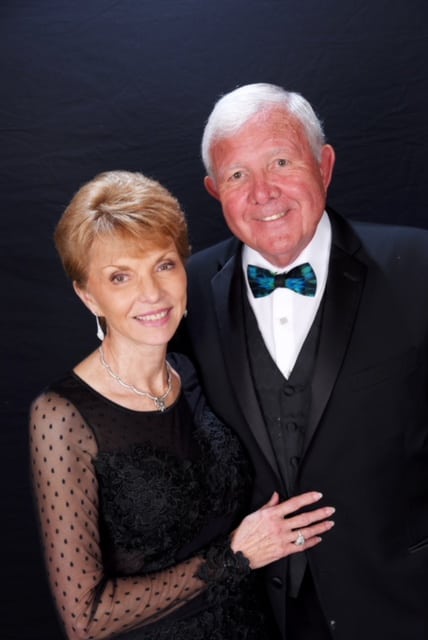 Wayne and Dianne Schoolfield founded Schoolfield Properties back in 1969. Wayne served as President and CEO acquiring, developing and brokering real estate; while Dianne served as Secretary/Treasurer managing the financial aspects of their business. Originally, the company was established to broker and develop residential property in and around Osceola County. In its first three decades, the couple developed and sold over 32 single family subdivisions such as Camelot and Regal Point – the first and second security gated subdivisions in Osceola County – Canoe Creek Woods, Pine Chase Estates, The Woods, Regal Oak Shores, Regal Bay, and Regal Cove.

In the late 80’s, the couple realized the commercial potential in St. Cloud, Florida and bought, developed, and sold much of the commercial landscape we see there today, composed of several shopping centers and office parks such as Home Depot, Publix, Walmart, Sun Bank, St. Cloud Post Office, and Blackberry Creek.

In the late 90’s, the couple’s three children Cheryl, Kevin, and Brian Schoolfield took interest in the real estate business and the family devised a plan to long-term hold the commercial developments and investments they developed and acquired. At that time, Osceola Management was established to maintain their family’s portfolio.

Today, the Schoolfield family jointly and separately own close to 1.5 million square feet of commercial office, warehouse, retail, medical, and ground leased properties. Although the majority of their portfolio exists in Osceola County, they own investments throughout Volusia, Orange, and Brevard Counties.

Wayne and Dianne now spend most of the year traveling around the world. Together they have visited over 125 countries, with the balance on their bucket list. Dianne also enjoys doing needlework and Wayne gardening.

PAST AND PRESENT COMMUNITY INVOLVEMENT BY WAYNE AND DIANNE SCHOOLFIELD: